Glutathione: A Little Miracle for Your Health 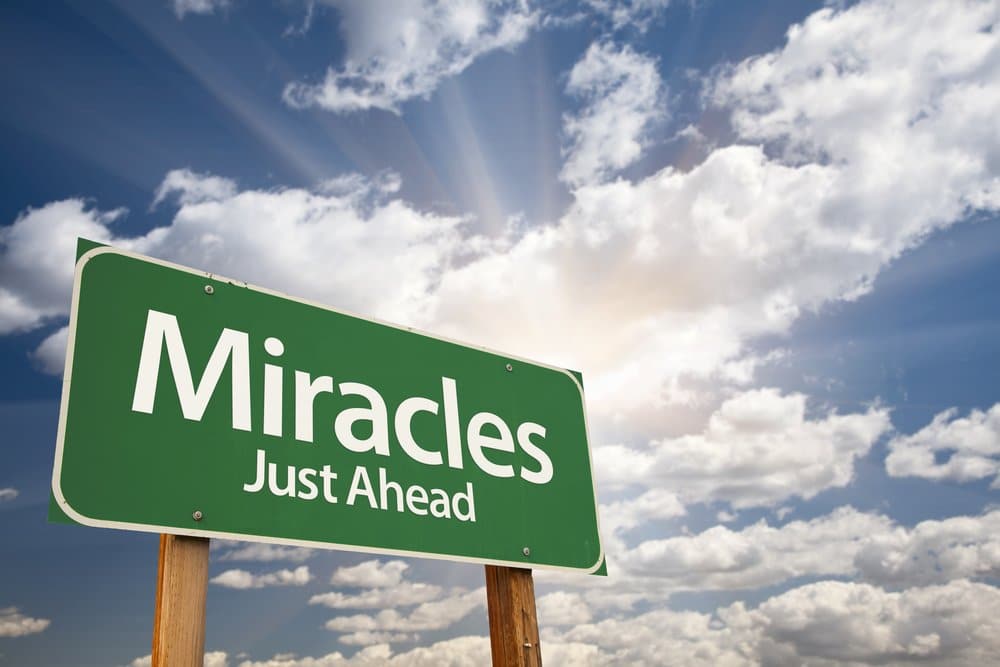 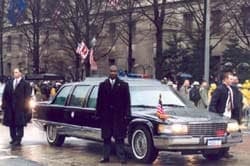 When I explain this to my patients I typically tell them glutathione is like the secret service and you are the President. They are your protection from anything that wants to harm you!

Hello everyone and welcome to our blog!  Today we are going to talk about one of the very few things I believe is a must for anyone trying to achieve health. That one thing is a small protein called glutathione. This amazing protein is absolutely vital no matter your health problem. This wonder antioxidant helps with hypothyroidism, adrenal fatigue, hormone imbalances, chemical toxicity, heavy metals, obesity, arthritis, heart disease, dementia, and the list could go on. It is extra important for anyone with an autoimmune disease, which I hope to elaborate on later in this article. Since roughly 80% of my practice centers around patients with autoimmune diseases, this molecule plays an extremely important role in helping my patients regain their health. On the flip side, when your body is low on glutathione you are set up for disaster. You are a playing football without pads, a police officer in a gun fight without a bullet-proof vest, or a NASCAR driver who is not wearing a seat belt. It is dangerous to walk around without glutathione.

What Is This Protein and How Does It Function in the Body? 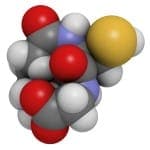 Glutathione is a very small protein composed of only 3 amino acids (Glutamate, Glycine, and Cysteine). As it turns out, the cysteine amino acid is the rate limiting step on the construction of the glutathione molecule under most circumstances. For this reason many supplements meant to boost glutathione contain a form a cysteine such as N-acetyl cysteine (more on that later). The cysteine is one of the few amino acids that contains a sulfur group. It is the sulfur group that allows glutathione to act as a free radical scavenger and interact on an electron level in so many different ways in the body. In our picture to the left the sulfur is the big yellow ball and you’ll notice that there is only one. Before I give anyone flashbacks to high school chemistry class let’s move on to the function of glutathione.

1. Glutathione is the Chief Anti-oxidant Protecting Us from Inflammatory Diseases.

Glutathione is the final anti-oxidant in your system. It is constantly being reduced (gaining electrons) and then oxidized (losing electrons) over and over again as it quenches free radicals everywhere in our body. 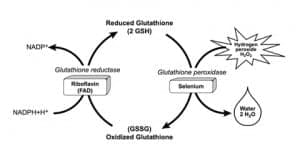 While a certain amount of free radicals are normal, chronic diseases and cell damage (especially important in autoimmune diseases) greatly increase the rate at which our bodies make free radicals. A study published in 1999 found glutathione to protect against lipid oxidation suffered from radiation exposure[i]. Another study found environmental toxicity (from metals) only showed destruction after glutathione was depleted[ii]. This means if you are chemically sensitive to metals, perfumes, radiation, or other free radical producers, this can only happen after glutathione levels have been depleted. If a person has the glutathione around to meet the increased demand, then the damage is minimized. If there is not enough glutathione around, then the body is going to get wrecked.

Glutathione is part of both my protocols to aid the immune system kick out an invader (usually a chronic viral infection) and my immune regulating protocols for inflammation and autoimmunity.  Glutathione is an important part of the support in patients suffering from chronic infections such as EBV (Epstein Barr Virus).  It creates a shield around the DNA which protects it from the viral attack.  For more information on chronic viral challenges see our blog article HERE.

3. Part of Your Detoxification (Bio-transformation) System in the Liver

It should not be a surprise that the brain is a huge user of glutathione. The high activity levels of your entire nervous system means it is one of the highest natural producers of free radicals that require glutathione to neutralize them[viii]. This is one of the reasons glutathione depletion has been linked to several neurological disorders including Alzheimer’s, ALS, and Parkinson’s[ix],[x]. Proper brain function requires glutathione produced by the astrocytes. These astrocytes are cells that support and take care of their more famous partners, the neurons. Proper neuron function is dependent on the astrocytes giving them glutathione!  It is a core part of protecting the brain in nearly all of our neuro based patients.  A review published in 2011 found Glutathione to be a “promising therapeutic target” for patients suffering with mild cognitive impairment and Alzheimer’s Disease(xx).

Glutathione also is vitally important for our body after a workout. During activity we generate high levels of free radicals and damage to our system which deplete glutathione[xi]. It is the repair and rejuvenation after the workout that strengthens us and glutathione is part of that repair/minimize damage process.

Depletion of glutathione has been implicated with aging and increasing the expression of glutathione may even prolong the lifespan[xii]! A study published in the prestigious journal The Lancet in 1998 found glutathione activity to decrease in elderly people that suffer from health problems. [xiii] How does it help us age gracefully? It does this by protecting us from free radical activation, aiding in normal immune system activation, and helping us to detoxify from the constant barrage of chemicals we encounter every day.  As a DNA protector it helps keep our genes working properly as we age.

How do I get Glutathione?

Now that we have learned about all the terrific things glutathione does in your body, we want to know how to get it! There 2-3 different ways we get patients glutathione at my clinic. I frequently find patients taking oral glutathione like a vitamin. Unfortunately this is not the best use of your money because glutathione is not easily absorbed in the intestines[xiv]. To get around this you can do a couple things.

As we finish up here I just want to remind everyone that depletion of glutathione is dangerous. It leaves you without armor, without your body guards, without your pads. Any hits you take or damage to you becomes more serious when glutathione levels are low. This is especially important for anyone who suffers from an autoimmune disease as glutathione can reduce the damage happening from that disease or the lack of glutathione can let that disease run wild. Without glutathione you will age rapidly, and your body and brain will break down prematurely. If you are to spend any money on your health, this is an issue I put up very high on the list. For me it is right along fish oils and vitamin D as a fundamental and extremely important part of almost any patients care.

[i] Devi PU, Ganasoundari A. Modulation of glutathione and antioxidant enzymes by Ocimum sanctum and its role in protection against radiation injury. Indian Journal of Experimental Biology. 1999, 37(3):262-268.