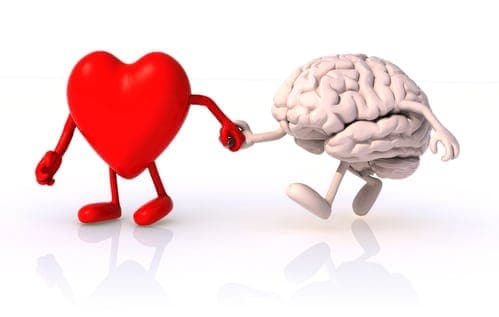 In our last article, entitled “Why you must have brain rehab to help your chronic illness”, we discussed how important the brain’s function is to your overall health.  In this post, I will be answering the question “How do I get a healthy nervous system?”

There are three basic things you need in order to have a healthy brain.
1. Oxygen
2. Healthy Blood Sugar
3. Stimulation

In truth, a healthy neuron needs to be consistently stimulated in order to be healthy.  The firing of a neuron stimulates the replication of mitochondria for energy metabolism, production of protein for the health of the cell and the assembly of neurotransmitters.  The health of your brain is directly related to the rate of firing of your neurons. Your neurons can fire too little and they can also fire too much.  The first two things we’ll cover are the  nutrients that are essential in allowing your neurons to be consistently stimulated without causing fatigue or becoming overwhelmed.

I. Oxygen – the most essential nutrient

It should not come as a shock that oxygen is extremely important for the proper functioning of your body.  You die without it in only minutes.  The best studies for looking at brain activity with chronic oxygen depletion surround anemia.  It is well documented iron deficiency anemia can cause

extreme deterioration in brain structure and function .  Iron deficiency (and thus oxygen deliver deficiency) is known to cause problems with both dopamine and serotonin, which are famously involved in frontal lobe function. This was thought to be the mechanism to depression and anxiety symptoms. Now, there is a new body of evidence that suggests inflammation causes dysfunction or an altered conductance of the neurons in the brain, which then lead to depression and/or anxiety.

What is shocking to me is how many people have poor oxygenation without knowing it! Just go to Google and look up pictures of nail clubbing. This is a particularly good, simple article covering clubbing: http://www.blobs.org/science/article.php?article=48 If you have clubbed fingernails, it’s likely you have an oxygen problem.  We do not know if that is coming from your blood or your lungs, but it is definitely a sign of an oxygenation problem.  For this reason, everyone in our office gets a full exam (We look at your fingers, listen to your lungs and heart, check your blood flow, and much more). Everyone also gets a blood test checking for anemia as well as an advanced iron panel, which includes total iron binding capacity, serum iron, and ferritin.

If you cannot get the oxygen properly to your fingertips, you cannot properly get it through any capillary bed.  This means your organs and, particularly, your brain! (Your body must pump blood against gravity to the brain making it harder to get blood there versus areas like your finger tips.)  An imbalanced ratio of carbon dioxide (CO2) to oxygen (O2) chemically pushes your brain into a state of stress and adaptation, which your body was never meant to stay in for a prolonged period of time.

While anemia is an obvious example of the body struggling with oxygen balance, we more see people who have poor blood flow!  This is like checking the oil in your car.  If you are anemic, it is like having bad oil that can’t do its job.  Poor blood flow is akin to having enough oil, but you can’t move it around the engine to do its job!  There are some terrific natural nutrients that help with blood flow and anemia.

For anemia please, see our other blog article on that topic.  Iron, B12 and/or decreasing inflammation helps with anemia depending on the cause.

In short, if you can’t get oxygen where your body needs it, virtually nothing else matters!  If this basic concept is missed, the results are usually limited or unsuccessful. Having optimal levels of oxygen delivery to all tissues is the biggest fundamental concept that needs to be addressed before moving forward.

This is yet another issue most people know about and just don’t realize it applies to them.  When we say blood sugar issues, most of our patients think we mean diabetes. A lot of people believe that if they don’t have diabetes, everything must be fine.  This is far from the truth.

Your body works very hard to maintain a stable blood sugar.  It has mechanisms to help balance too much input and too little input.  Both of these systems get overly stressed in America today.  You should have no symptoms surrounding the food you eat.  If you do, it is likely you have a blood sugar balancing problem.

Do you know the Snickers commercial where you have Joe Pesci or Betty White being cranky?  Then the friend gives them a Snickers and the announcer says, “You’re not you when you’re hungry.”  This should not happen!  If you get cranky, irritable, fatigued, shaky, light-headed, or have panic attacks if you go too long between meals, your are having problems with your blood sugar dropping too low.  We call this reactive hypoglycemia.

On the other hand, if you blood sugar is running high, you will typically have fatigue after meals and/or crave sweets at the end of meals.  If it is not Thanksgiving, you should not feel tired right after lunch!  If you do, your body is pumping out insulin in high amounts to try and rebalance a high blood sugar.  The insulin activates lipogenesis (making fat) and this process consumes cellular energy and makes you tired.  After years, this will develop into diabetes, but the impact on the brain starts immediately.

If you have either of these blood sugar problems (and some people have both) then you have a brain problem!  Your brain is a huge consumer of both blood sugar and oxygen.  It is an incredibly high resource-demanding organ.  If you cannot keep consistently healthy glucose (blood sugar) and oxygen levels, your brain will not have the energy it needs to constantly fire the neurons and send the signals.

Besides just the metabolic demands of the neurons in the brain, the neurotransmitters all require healthy blood sugar balance to be properly made.  Serotonin and Dopamine are made from the amino acids tryptophan and tyrosine, respectively.  They are transported into the brain on LNAA (Large Neutral Amino Acids) transporter and its activity is dependent upon normal insulin activity.  GABA is manufactured in the neurons as a result of the citric acid cycle (the process your body uses to break down glucose into cellular energy).  This cycle is dependent upon oxygen and glucose!  Famous things like CoQ10 and many of the B vitamins are acclaimed for aiding in making “energy” to help this citric acid cycle work more efficiently and let you more easily break down glucose into cellar energy called ATP .

What has been shown to aid in blood sugar balancing?

III. Stimulation – The Excitement is Necessary!

This is the “use-it-or-lose-it” principle.  Neurons (brain cells) need to be used in order to be healthy.  General brain stimulation can be brain puzzles (like crosswords) or exercise.  Indeed, the normal input from gravity and movement into our cerebellum and then relaying that info to the rest of our brain is the foundation of brain stimulation and health.  This is actually why astronauts have such a difficult time staying in space for extended amounts of time.  Without gravity constantly stimulating their muscle spindles and joint receptors, there is a lack of input into the cerebellum, thus a lack of firing to the rest of the brain.  To counteract this, astronauts exercise in space. But even exercise can’t make up for the reduced input from no gravity.

The majority of the population is familiar with chiropractic adjustments, massage, and acupuncture. These are some of the most powerful brain stimulating therapies because of the sensory input they provide to the brain.  Think about how many “brain problems” that exercise is effective for?  We tell people with Parkinson’s, dementia, and depression to exercise!  This is because exercise is a very general brain stimulation that helps overall brain function.

Chiropractic adjustments stimulate the nervous system through stimulating joint mechanoreceptors and applying a fast-stretch to the muscle spindles and Golgi Tendon Organs (the adjustment can activate the vestibular system, too, but mainly through the cervical spine adjustment).  The normal signals from these joint and muscles receptors are part of the constant barrage of messages that naturally fire into our cerebellum, which keeps our brain healthy.

Massage stimulates muscle spindles, which signal powerfully into the cerebellum.  This stimulation has been noticed in research as massage therapy has been shown to help people suffering from depression! 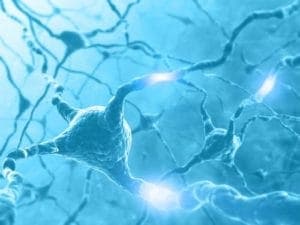 people is called the “Tomatis Method” named after its founder Alfred Tomatis.  Dr. Tomatis developed what he called “audio-psycho-phonology” (APP).  In his treatment, he seeks to help improve brain function by stimulating the brain with various frequencies of auditory input.  It is used to treat a variety of brain problems including ADD, learning disorders, depression, and anxiety.

Because this article is getting long, we’re going to end here. There is still so much more to share about the brain! Next time we will talk more about the Carrick Institute for Graduate Studies (Clinical Neuroscience and Rehabilitation Education) and we’ll go much more in-depth about the specific nature of different neurological stimulation and why it is such a big deal for your health!