Use Your Brain to Help Depression – Restorative Health Solutions 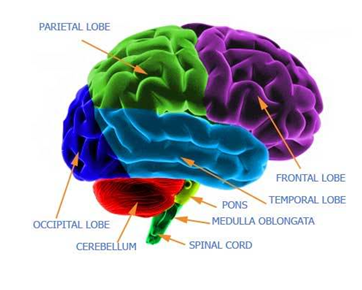 Hello, everyone! Welcome to our latest blog!

If you are struggling with a chronic illness, the statistics say that you’ve likely had depression in the past or are currently fighting with depression. When we ask people why they have depression, we get a myriad of different answers. Among the most common responses we hear are things like, “I’m depressed from all the stress I’ve had in my life” or “I’m depressed because I don’t have enough serotonin”. Most people also recognize that depression is a brain problem. Today, we’ll outline the parts of your brain that typically break down during depression, how various anti-depressant drugs work, and how brain-based stimulation can potentially help you!

The biggest players involved in depression are the frontal lobes of the brain (the orbitofrontal cortex to be specific). Collectively, the frontal lobes are responsible for functions like cognition, judgment, problem-solving, attention, initiative, movement, behavior, organization, sequencing, planning, inhibition, etc. We have much more developed frontal lobes than any other animal, so most of our human intellect is contained in this part of the brain. When this area of the brain breaks down, patients are often left feeling depressed. This typically leaves them with a lack of motivation, low mood, poor cognition, inability to make a decision, along with many other potential symptoms. Exactly which problems arise depend on which part of the frontal lobes are not healthy.

Let’s take a look at a few different therapies for people with depression and how they work to help the frontal lobe function better. 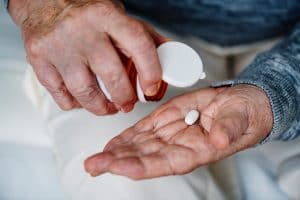 The most famous class of drugs is called Selective Serotonin Reuptake Inhibitors (SSRIs). Serotonin is a neurotransmitter used for one neuron to signal to another. Basically, these drugs increase the time serotonin hangs out in the synapse (the space between neurons) and thus it increases the firing rate of neurons that use serotonin. There are similar drugs for other neurotransmitters like dopamine and epinephrine. Similarly, these drugs will increase the firing rate of neurons that use dopamine or epinephrine. Since these chemicals are so prevalent in the frontal lobes, increasing their levels can help the function of the frontal lobes and help alleviate the depression.

There are also various natural vitamins and herbs that can help with depression including St. John’s Wort, SAMe, Beta-Phenylethylamine (PEA), D, LPhenylalanine (DLPA), and others. We will write an article in the future more on the medications and natural antidepressants, but, for now, just know that these natural compounds work similarly to the drugs. These compounds tend to increase a particular neurotransmitter such as serotonin or dopamine and ,thus, also increase the firing rate of neurons in the frontal lobes that receive signals from those neurotransmitters.

We are not going to go into a debate about which type of psychotherapy is the most beneficial, but at this point research clearly shows there is a role for therapy in helping depressed patients. 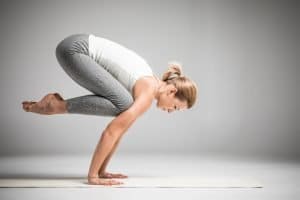 Various studies have found exercise to be just as effective in the treatment of depression as antidepressant medication and psychotherapy. While most studies with exercise have been for mild to moderate depression, there have also been positive effects of exercise with major depression. In 1999, a study done on elderly patients with major depressive disorder (MDD) found exercise to be just as effective in treating depression as medication in a 16-week study. While better research on exercise and depression outcomes is needed, the big question we want to ask is how does exercise help a depressed person? Another good question is what type of exercise is most helpful? A 2009 article in the Journal of Neural Transmission describes that the “clinical use” of exercise on depression and anxiety is in its infancy with little known about optimal type, intensity, frequency, and duration. 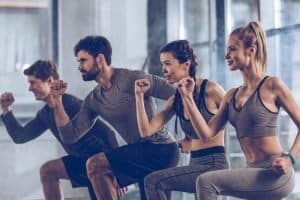 Originally, it was thought the benefit from exercise was strictly cardiovascular. This means it was the blood flow caused by cardio exercise that accounted for exercise’s positive effects. A study published in 1992 blew that concept out of the water. This study compared aerobic and nonaerobic exercise on depression and found while both types of exercise were beneficial, the anaerobic was superior! So if it isn’t blood flow (or at least not exclusively the blood flow), then what is it? Exercise helps to stimulate the frontal lobes, therefore aiding in decreasing depression symptoms!

Here is where functional neurology takes this concept to the next level. We’ve established that depression is a brain problem and particularly a problem in the frontal lobes (orbitofrontal cortex). To help decrease  depression symptoms, we need to somehow stimulate neurons within the orbitofrontal cortex so they work better. We can do this with drugs, nutrition, therapy, and exercise. Functional neurology helps localize what region of the brain needs to be stimulate and what kind of stimulation is most likely to work best for that patient.

Exercise is an extremely general stimulation to the brain. Movement sends signals into both sides of the cerebellum, which fires up to the rest of your brain. What if you could do a specific exercise to stimulate the exact area of your brain that needed stimulation? Let’s talk through an example. 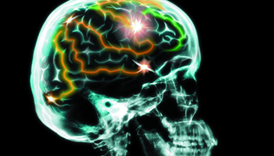 We met a patient who really struggled with fatigue and depression. On our  exam, we found that their left frontal lobe and right cerebellum did not function well. We were able to stimulate her right cerebellum exactly where we needed to in order to change her exam findings (at that moment) and help decrease the depression symptoms over time. What does this look like practically? We had this patient doing a lot of right shoulder exercises in multiple planes to stimulates the right cerebellum, which then feeds into the left frontal lobe. We also had the patient smell a strong scent through just their left nostril, which goes directly into the left side of the brain. Why did this work? It worked because it stimulated the areas of the brain that needed to be stimulated. Is the answer for depression smelling in the left nostril while doing shoulder exercises? NO! However, in this person, we saw how that input changed their frontal lobe findings. We then have to apply these exercises over and over for them to be effective. If you just do the exercises once, it doesn’t last. This is all about creating a more efficient nervous system through repetition of what works for that individual patient. There is also much more to it than just these two small examples.

The amazing part about specific, neurological stimulation is that it is incredibly easy. In fact, many of our patients can’t believe how simple it is. The modalities or therapies include activities like brain gym exercises, eye exercises, vestibular exercises, fine motor and/or gross motor exercises, chiropractic adjustments or anything that involves the stimulation of our senses (light, sound, smell, touch, etc).  Why does it work? It works because on an exam we can test different parts of the brain and then apply a therapy to see if a change occurred.  It can happen that fast. In order to make these changes hold, we have our patients do these exercises at home in between visits and also typically see them in the office several times over the course of a few months (all depends on the individual patient needs).

This stimulation causes something called neuroplasticity. This is literally the growth, development, and ability of your brain to build new pathways and connections! You create these new pathways through constant stimulation. If we know where your brain needs help, we can develop exercises and habits that promote this neuroplasticity in the exact area of the brain you need!

If you’d like to begin to learn about which parts of the brain do what, we recommend the book Disconnected Kids by Dr. Robert Melillo. It is written about children, but most of the testing in that book you can apply to anyone. He goes through some great lists and tests for various parts of the brain. The Executive Brain by Elkhonon Goldberg also has a chapter in which he goes through several of the brain’s major players in a nice concise way.

Just so you have an idea of what some of the neurological testings are, I’ll link some videos:

Here is a very short video on Optokinetic testing. In this test, the woman has a normal response as her eyes dart back and forth. Many people have a gaze deviation which tells us something specific about your brain. When we bring the tape to the left, you are supposed to be able to keep your eyes centered when they come back to the next target. Many people end up with their eyes drifting to one side (either right or left), which suggests that a certain part of the brain is doing too much or too little.

Another piece of the brain involved in many perpetual health problems is the Cerebellum. This is your balance and coordination center. This person is a relatively “normal” guy who has a decrease in function of the right cerebellum. Did you see the left hand go directly to the tip of his nose and the right hand went up on the bridge of the nose? As this was subtle and not obvious, we would want to confirm with other tests for the cerebellum. The cerebellum is mainly in charge of the smoothness of the movement. With the eyes closed on this test, you also have to consider areas of the parietal cortex, which tell you exactly where your finger and nose are in space and are less to do with the smoothness of movement.

To bring this all together as we end, please remember depression is really caused by a decreased firing of the neurons in the frontal lobes or orbitofrontal cortex of the brain. In order to help the frontal lobes, we can test different areas of the brain and then stimulate them through very specific exercises or movements! The individuality of neurological stimulation can be one of the missing factors to helping many chronic illnesses including depression. If stimulating specific regions of the brain doesn’t produce results, we then have to look into metabolic factors like inflammation. The latest research shows that inflammation is likely the biggest cause of the depression. This is called the “Immune Cytokine Model of Depression.” In these cases, we have to look deep into factors that can drive inflammation, which we will talk about in depth in a future blog.

If you are suffering from depression or find the functional neurology application of interest to you, please give us a call at 952-479-7801 for a free 15-minute phone consultation. In the consultation, we talk specifically about your case to try and figure out if this would be a good fit for you!